Dear Mr. Nutt,
We are writing to you in relation to the movie “Smyrna”, which we understand will be screened on December 8, 2022 at multiple theaters across the U.S. during an organization by Fathom Events. The Turkish community is deeply disturbed and offended by the fact that this production, which is portraying an unsubstantiated and erroneous account of historical events, is afforded such a vast platform by your company. We would like to take this opportunity to set the record straight concerning its subject matter.

The Turkish War of Independence was conducted between 1919 and 1922, against those who coveted Anatolia, our homeland. Led by the Great Mustafa Kemal Atatürk, it resulted in a rightful victory of independence and freedom as well as paved the way for the proclamation of the modern Turkish Republic.

It also challenged the imperialistic ambitions of the era, which envisioned Greece waging an invasion and occupation of the Turkish homeland, starting in İzmir, referred to as “Smyrna” by the said production. During this course of events, Greece committed most heinous atrocities against humanity in Turkish territories. The occupying Greek forces resorted to brutal and savage methods in Anatolia, including but not limited to perpetrating massacres of the Turks.

We do not intend to open up a debate on history. However, if there needs to be a quick reminder, in the face of the horrors caused by the Greek occupation in Anatolia, Greece’s war-time allies had to investigate its crimes against humanity by establishing an Investigation Commission. Furthermore, Greece’s vicious acts were registered as contrary to the law of war in the 59th Article of the Lausanne Peace Treaty of 1923. The liability of the tragic events of the time falls on the Greek side— not on the Turks, as attempted to be depicted in “Smyrna”. This production, as a whole, is devoid of any historical credibility.

The influential medium of art has the sacrosanct responsibility to help lay the ground for cooperation and solidarity in our Nation, most especially between the communities forming it. Never should it incite hatred and animosity. Enabling those who wish to manipulate this medium to amplify their black propaganda through demagoguery cannot serve that end.

We earnestly hope that you will consider the dissemination of future projects with greater scrutiny and sensitivity. 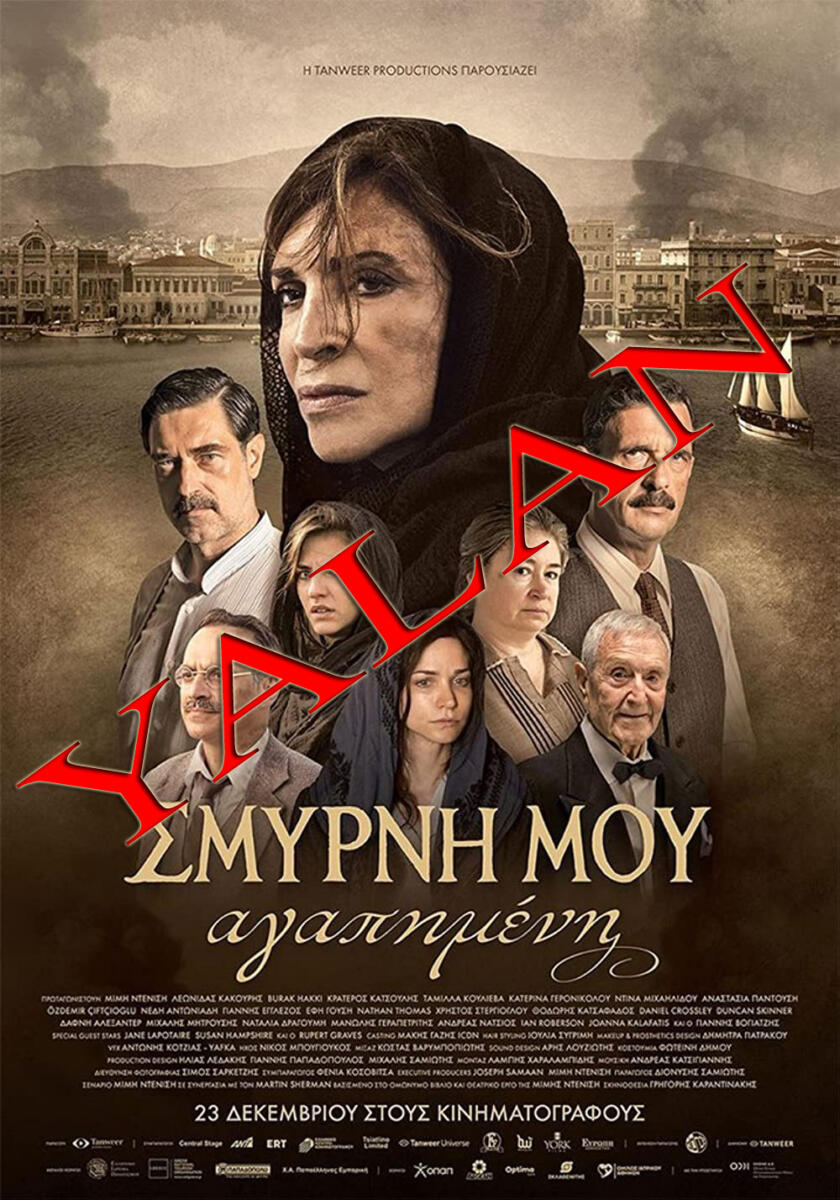